Llancarfan Community Cinema is a well established and highly successful community cinema operating from a village hall in Llancarfan, South Wales. Using a combination of funds they raised themselves and assistance from the EC they were able to have a brand new tab-tensioned electric projection screen and high definition projector installed by us.
We provided a 4.5m wide tab-tensioned electric projection screen, controlled via a key switch. The projector was a Vivitek single chip DLP unit which was permanently mounted from the ceiling to minimise set up time for the team at Llancarfan. A balun set was required to get the HD ignal from the source equipment at the back of the hall to the projector position on the ceiling. We were really pleased to be able to work with Llancarfan and look forward to helping and advising them as time goes on. Llancarfancinema.co.uk 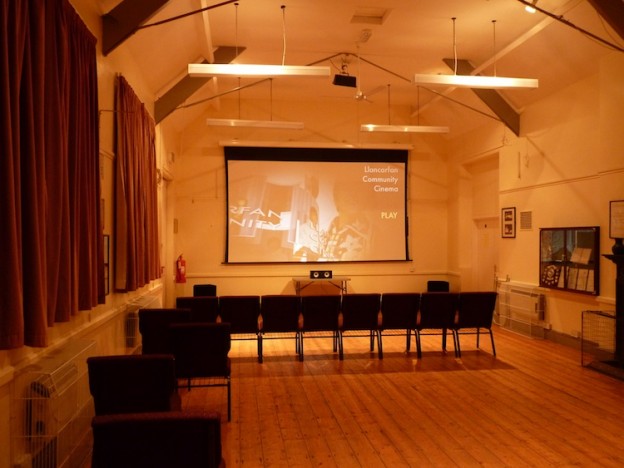 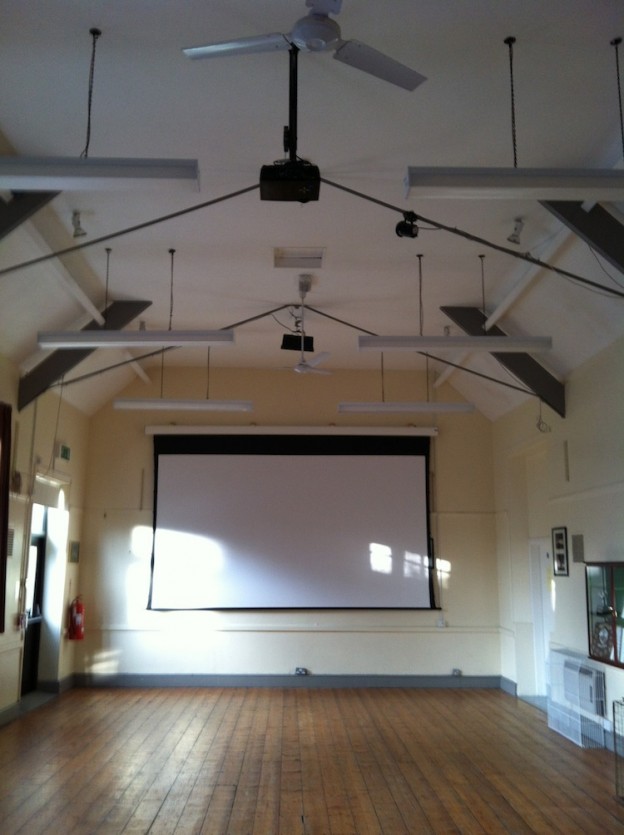